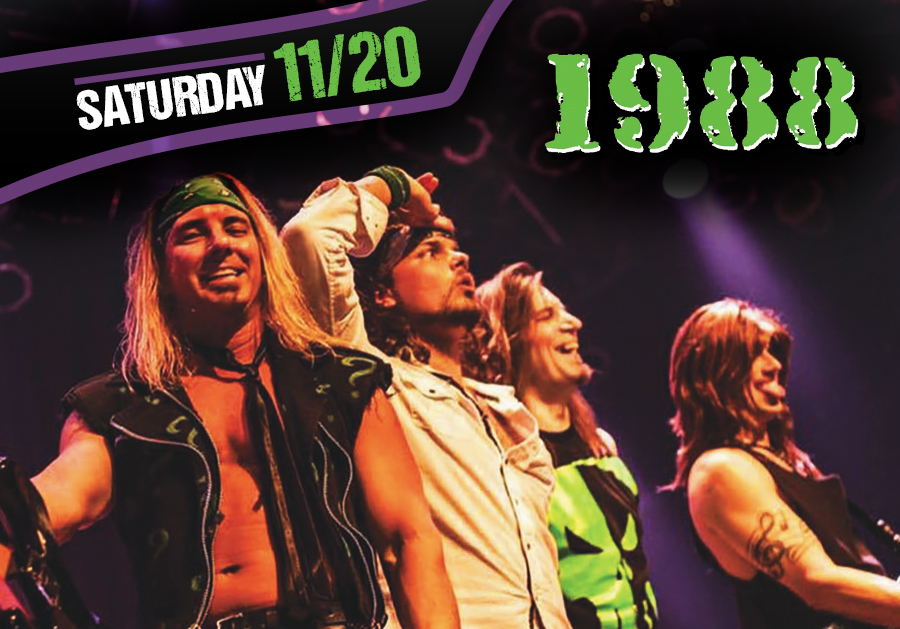 All shows are 18+
Children are allowed to attend any show if accompanied by an adult at least 18 years of age or older.

The Private Balcony includes 30 tickets and private balcony seating for the show!

1988 performs the danceable and head banging "big hair" hits of the 80's. While other groups have chosen to present themselves in a clown-like fashion, 1988 has stayed true to its 80's roots by paying respectful tribute to bands like Bon Jovi, Def Leppard, Poison, Motley Crue, Guns-N-Roses, and even Journey. 1988 recreates a show one might have seen on Hollywood's Sunset Strip at the height of the 80's Metal era.
1988 focuses on pleasing the crowd by playing danceable material without straying too far from the 80's Hard Rock theme. Of course, the 80's were known for their "monster ballads", and there is no shortage of them at a 1988 show. The band plays several of the biggest ones every night. Not to ignore the aficionado, 1988 also throws in the head banging classics by Quiet Riot, Twisted Sister, Europe, Scorpions, and others.
An opportunity to see 1988 is not to be missed. Young or old, if you want to experience the closest thing to what it was like in the 80's...this is it!