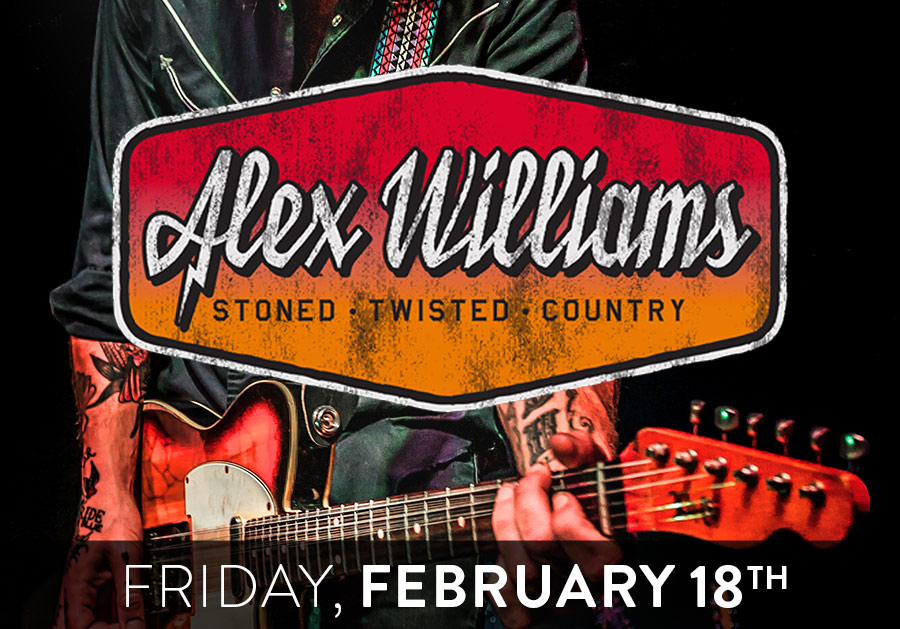 Join us on February 18th as Alex Williams takes The Adelphia stage!

Alex Williams is a part of a neo-traditionalist country music that surfaced in the wake of Jamey Johnson's success in the early 2010s. Like Chris Stapleton and Sturgill Simpson, Williams uses the outlaw country of the '70s as a primary text, finding his own voice within the music of Nashville renegades like Waylon Jennings and Texas mavericks like Jerry Jeff Walker -- a skill that's apparent on his 2017 debut Better Than Myself.

All shows are 18 or older.
Seating is available first come, first serve.