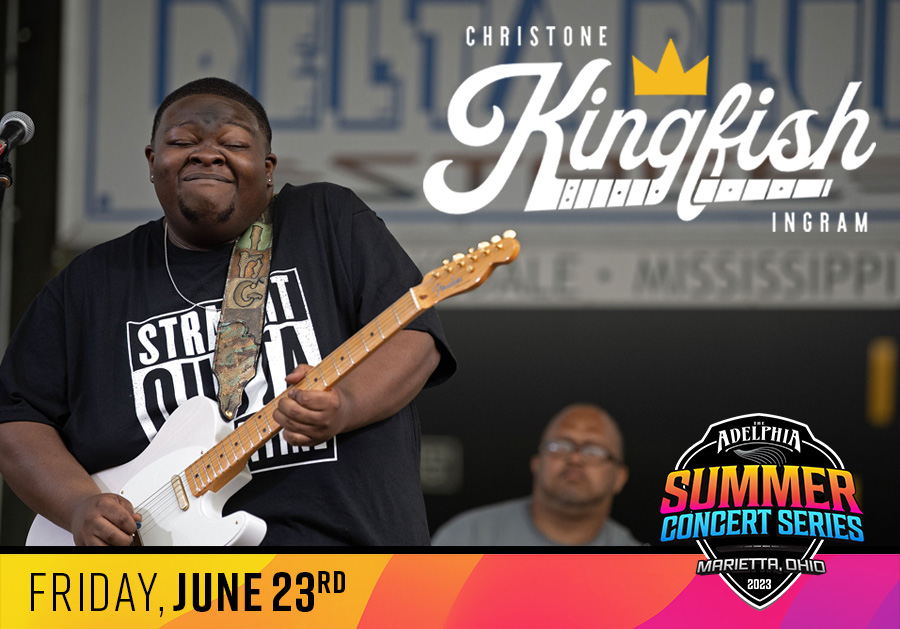 “Ingram plays guitar with dramatic, searing tone and sure- handed authority. And that’s just in the studio; he’s even scarier live.” –NPR Music

“Christone ‘Kingfish’ Ingram is the future of the blues, singing and playing with edge, verve and vitality. Stinging guitar...sweet and melodic vocals.” –Guitar World

“The world was introduced to me with Kingfish,” Ingram says of his chart-topping debut. “Now with 662, I want the world to hear and meet a different, more personal side of me.” The album—recorded in Nashville and co-written and produced (as was Kingfish) by Grammy-winner Tom Hambridge—features 13 songs displaying many sides of Ingram’s dynamic personality, as well as his one-of-a-kind guitar and vocal skills. According to Ingram, “662 is a direct reflection of my growth as a musician, a songwriter, a bandleader, and as a young man. This album was written during the pandemic, shortly after I returned home from a whirlwind year and a half of touring and promoting Kingfish. It was an incredible time of change and growth, moments both good and bad, and I am a better and stronger person for it.”

18+ or accompanied by an adult.
This is an outdoor, standing room only show. Rain or shine!