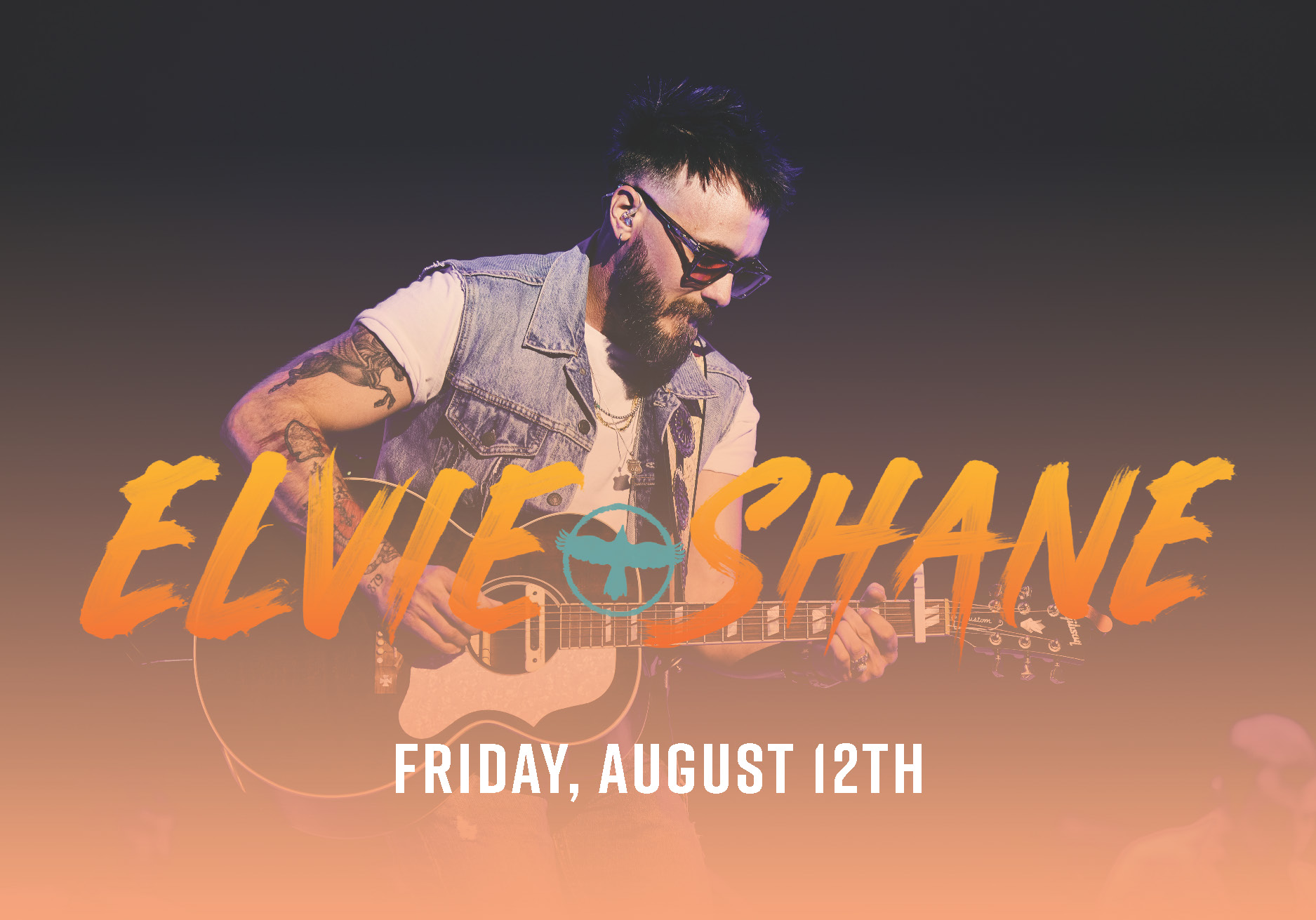 A native of small-town Kentucky, early touchstones like Dwight Yoakam, Steve Earle and John Fogerty joined Wheelhouse Records’ Elvie Shane’s Gospel roots to form the bedrock of his taste – along with R&B classics like The Temptations and modern superstars like Eminem.

Shane’s new single “County Roads” is officially available at country radio now, and was one of the most added songs at country radio upon release. Co-written by Shane with Dan Couch and Oscar Charles, the new single is full of untamed energy, flying like an unguided missile of passion down “County Roads” and paints a picture of Shane’s early days in Grayson County, KY.

Shane just celebrated multiple milestones with his hit single “My Boy” topping the charts at country radio and being certified GOLD by the RIAA. “My Boy” is taken from Shane’s just-released debut full length album BACKSLIDER. Shane co-wrote the set that embodies the crunchy hooks of classic rock, the nostalgia of country music as well as the emotional electricity of Gospel and R&B. Critics have already been quick to praise the cohesive set with the album landing on 2021 “Best Of” lists including Billboard, Rolling Stone and Nashville Scene. "If you listen to just one major-label debut by a dude this year, consider Elvie Shane’s” declared Rolling Stone, while Stereogum noted the record “forces you to rethink anything you think you know, or assume, about the genre’s Music Row bros.” Billboard also determined Shane is "making the case for a new mainstay in country music.”

The singer/songwriter just announced he will launch his first-ever headlining run, with his MY KINDA TROUBLE TOUR set to kick off on 2/17 in Chattanooga, TN. The multi-city stint will see Shane play major cities including Chicago, IL, Nashville, TN and more, and will mark some of Shane’s first live performances of BACKSLIDER. Shane's picture-based lyrics and knack for storytelling lead to his signing with UTA and he has since opened for Jason Aldean, Toby Keith, Brothers Osborne Brett Young and Lady A, to name a few. Shane also just wrapped a stint on the road opening for Brooks & Dunn on their 2021 Reboot Tour.

All shows are 18+
This is a STANDING ROOM ONLY show - limited seated tickets available.
Private Balcony Rental Available • (740)374-8278.