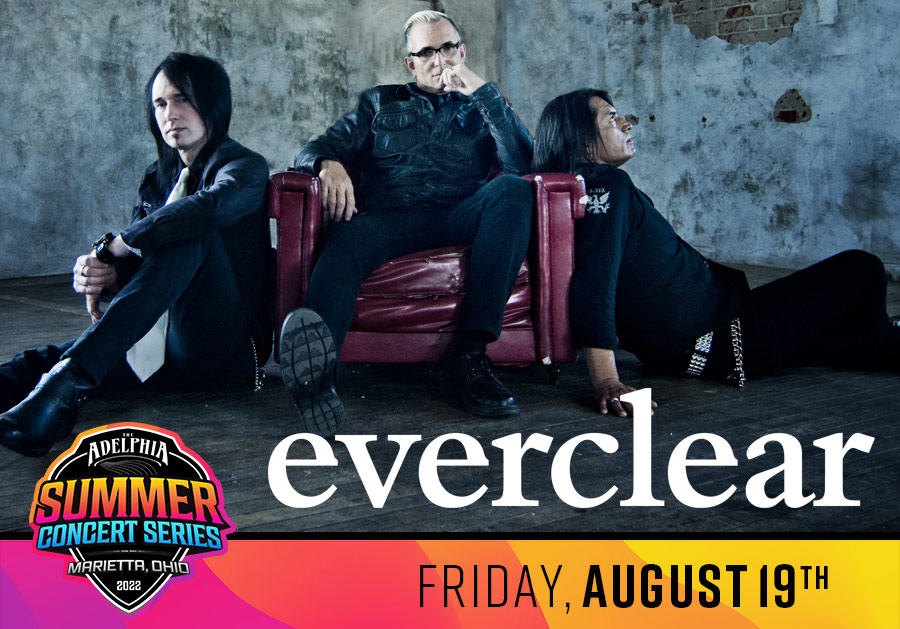 Considering Everclear has written and recorded some truly iconic ’90s alt-rock hits, it would be all too easy these days for the band to be a victim of its past successes, relegated to performing as a glorified jukebox, existing to satisfy the nostalgic cravings of Gen Xers everywhere. But singer-guitarist Art Alexakis isn’t about to start phoning it in now.

Everclear continues to tour extensively, and while it’s a virtual surety that no Everclear gig is complete without a rendition of “Santa Monica” and “Father of Mine,” lately the band has found that exploring the full range of past material—especially the “deep cuts”—not only gives fans a rare treat, it also injects new life into the band’s live dynamic.

“By mixing it up and digging into the catalogue, it still makes it fun and relevant for us, and I think for the fans as well,” says Alexakis. “It’s still important to play the hits, but by playing those other songs as well, it makes it all seem more vibrant and real. Even though I recorded some of those songs 20 years ago, I haven’t played them in a long time, so it’s like reinventing the wheel. I’m having more fun now than I have in years. I think all of us are.”

Formed by Alexakis in 1991 in Portland, Oregon, Everclear has enjoyed a lengthy career spanning 11 studio releases, numerous videos, thousands of shows and accolades that include a 1998 Grammy nomination. Like a true survivor, Alexakis has soldiered on through multiple lineup changes over the years: During the “classic” era, the band also included Craig Montoya on Bass and Greg Eklund on drums; the current touring lineup features longtime members Davey French (guitar) and Freddy Herrera (bass), as well as drummer Brian Nolan (also with American Hi-Fi), who has performed with Everclear on multiple past tours.

This is an outdoor event - standing room only, rain or shine.
No refunds. All sales are final.
18+ or accompanied by an adult.