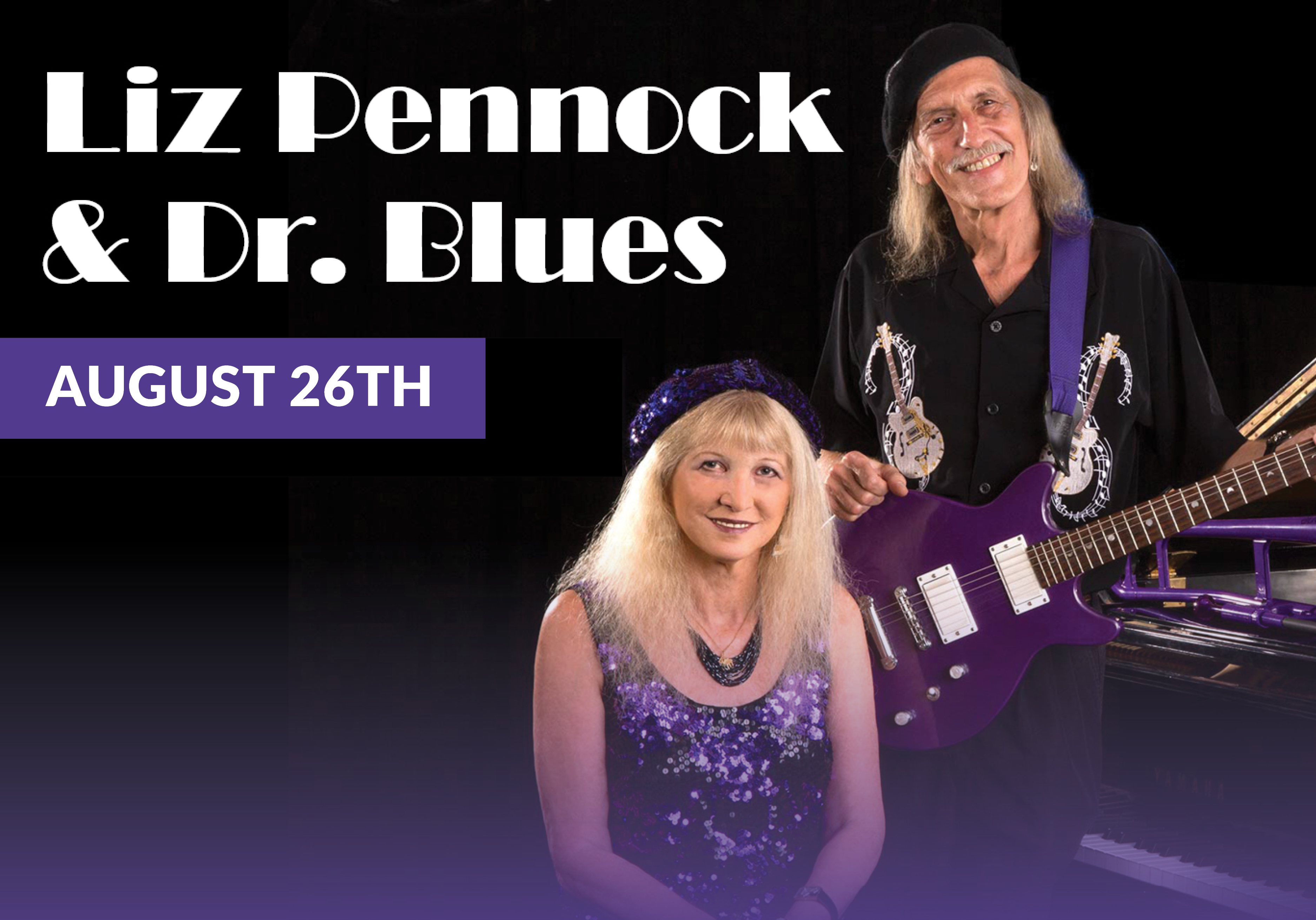 Piano player/singer Liz Pennock began performing professionally as a solo artist in 1975. Undaunted by what might seem a limitation, Pennock was born minus two fingers on each hand, a fact not evident from the other side of the piano. She has developed her own powerful ivory-tickling style, inspiring countless listeners. Pennock’s songwriting ranges from the romantic “My Best Fan” to the rollicking “He Plays the Boogie.” Liz also plays trombone and was an endorsee for Hohner harmonicas from 1998 thru 2011.

Guitarist/vocalist Paul “Dr. Blues” Shambarger began his musical career as a drummer in the late 1960’s. He added guitar in the early 1970’s, then honed his slide dobro skills in the 1990’s. Doc’s witty lyrics can be heard in his crowd-pleasing favorites “Alimony Blues,” “Taxi Driving Woman” and “Cruel Jewel.”

Pennock & Shambarger met in 1981, married in 1983, and have been a nonstop creative team ever since. They co-produced Pennock’s debut album Bluesy Atmosphere in 1986, and released their second recording, Blue Illusion, in 1989. Each album features 10 of their original songs. Liz and Doc’s 1996 CD, Six Fingers Boogie, features 12 originals plus 2 blues classics, with guest appearances by singer Gaye Adegbalola and harmonica great Rock Bottom. Their album Live From St. Pete (2003) contains eighteen live cuts- four covers and fourteen originals recorded here for the first time. Liz & Doc’s CD Boogie Woogie Staircase, released in 2008, is a collection of 15 all new originals and features Mike Delaney playing sax on two songs. Their latest album Quirky Boogie debuted in 2016 on the 30th Anniversay of Upright Records.

With an impressive repertoire of over 250 songs, Liz Pennock & Dr. Blues never play the same show twice. Each performance features a large number of originals, most selected from their CD’s. Liz & Doc also draw from traditional acoustic Blues of the 1920’s and 1930’s, the folk and rock Blues of the 1960’s, through the contemporary electric Blues of today.

Banquet style seating.
All shows are 18+