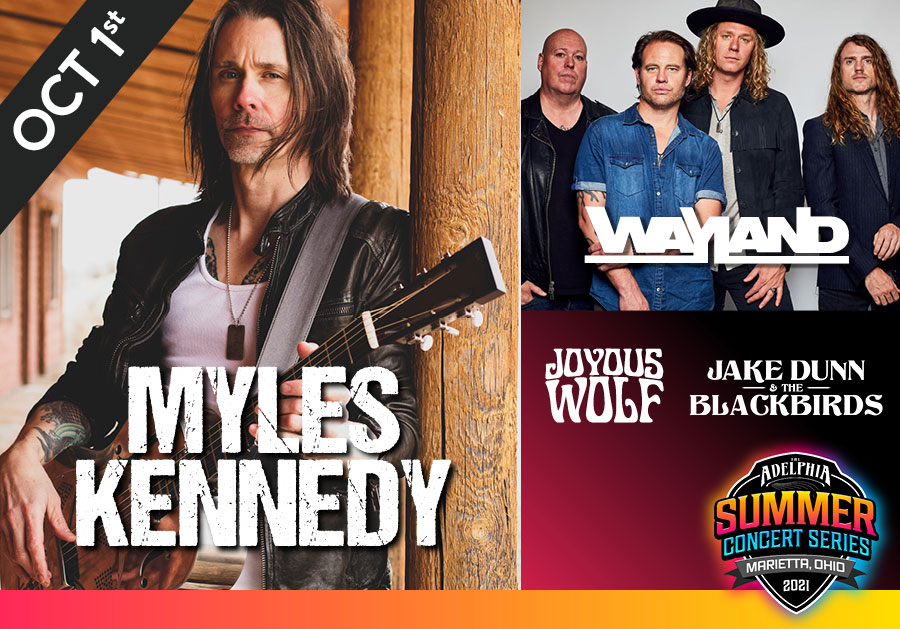 FOR A LIMITED TIME ONLY: get a FREE t-shirt when you purchase a ticket! Please select the "General Admission + T-shirt" ticket type and pick up your shirt at the front gate of the venue on the night of show. Please note that one free t-shirt will be provided per order and NOT per ticket.

Myles Kennedy’s voice precedes him as it courses through six chart-topping albums from gold-selling rock juggernaut Alter Bridge, three records with Slash and The Conspirators, two albums from The Mayfield Four, his 2018 solo debut Year of the Tiger, and guest appearances for everyone from Disturbed and Halestorm to Gov’t Mule, Sevendust, Mark Morton and Darryl “DMC” McDaniels. For as much as he remains renowned for his sky-scraping timbre and earth-quaking bluesy wail, his musicianship also encompasses eloquent songcraft, thoughtful cinematic arrangements, and, of course, dynamic guitar fireworks as explosive as his astounding vocal range.

This is an outdoor event, standing room only. All shows are 18+ | Children may attend any show if they are accompanied by an adult at least 18 years of age or older.