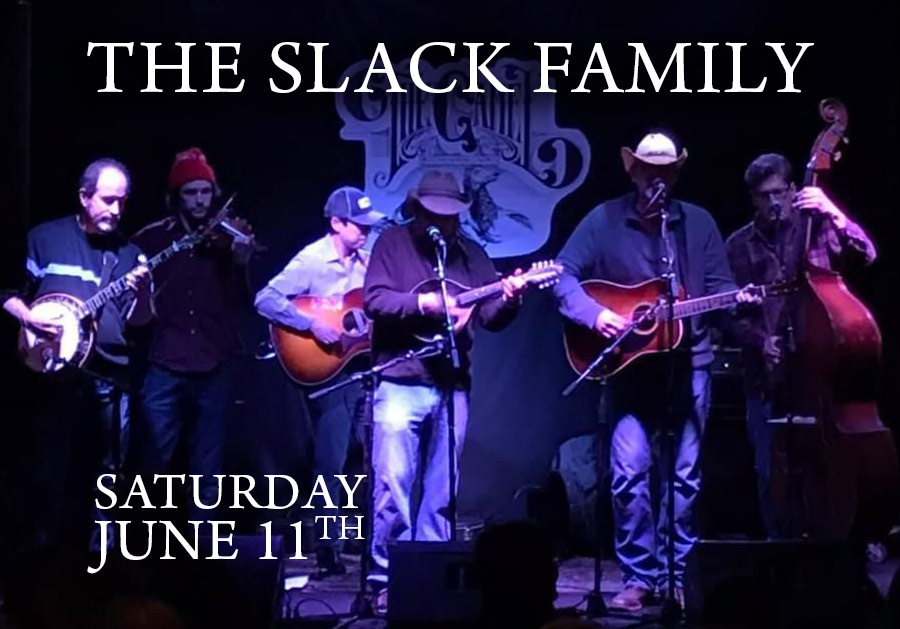 The SLACK FAMILY began life over 20 years ago performing in the streets and back alley's of Richmond to enthusiastic, mesmerized bar hopping listeners. Eventually a wise and philanthropic bar owner invited them inside to reclaim his roving clientele, bestowed upon them the moniker "SLACK FAMILY" and hence a destiny was fulfilled.

Today this family of "brothers from different mothers" is ever creating energetic, diverse and infectious music featuring three part vocal harmonies and a wide variety of indigenous influences that give more than a nod to the way "it used to was". This blend of traditional, contemporary and original tunes with mass appeal for all ages renders music their fans affectionately dub "slackgrass".

The SLACK FAMILY has released four CDs. Their self titled debut "SLACK FAMILY BLUEGRASS BAND", "Pickin' up the Slack," "Trains and Rain," recorded at Slipped Disc studios by Grammy award winning engineer Bill McElroy, and their latest release, Graceful Drifters. These recordings capture the high-energy style of music the SLACK FAMILY is renowned for showcasing in their live shows.

After years of performing in a wide variety of venues in and around the Commonwealth, the SLACK FAMILY is equally adept pickin' at your backyard bar-b-que or entertaining on your Festival stage. Standing in a row behind a line of microphones, or encircling a solitary mic for a sound reminiscent of the early bluegrass pioneers, they deliver hard-driving bluegrass music and infuse a healthy portion of country wit and wisdom into their comical banter on stage.

They were crowned the VFMA Virginia State Bluegrass Champions in 2016.