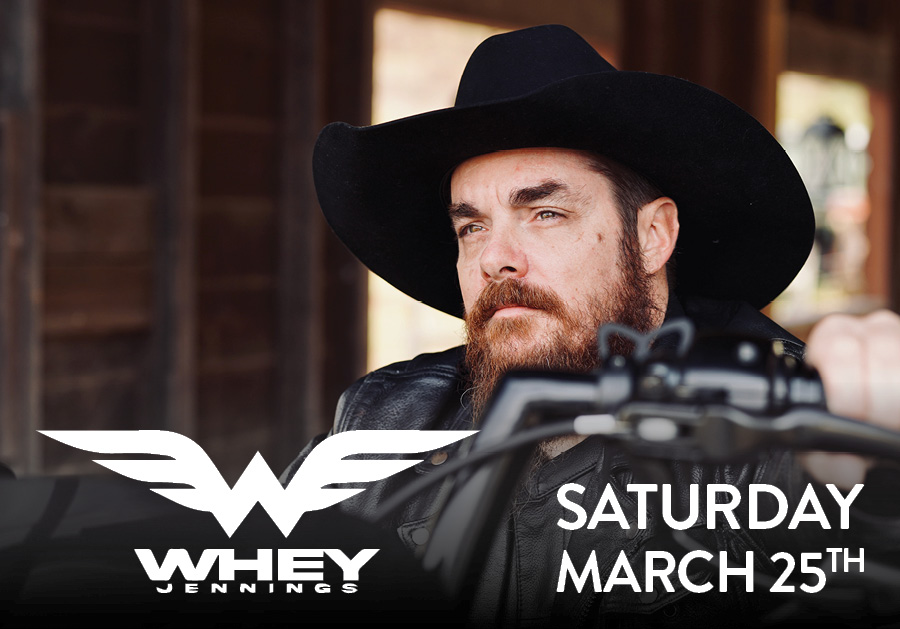 Whey Jennings grew up in a family full of country music royalty. His grandfather, the legendary Waylon Jennings and grandmother Jessi Colter both had major success in the major music charts for decades. Jennings is a "rough around the edges, unpolished singer" with a voice as big as Texas. He couldn't go pop with a mouth full of crackers! Jennings is the oldest son of his mother Katherine and father Terry Jennings. Whey has always had a deep love for music since the first time he stepped foot on stage.
Whey was just a boy when, at one of his grandfather's shows, Jessi Colter left a microphone on a chair backstage after performing "Storms Never Last". Young Whey picked up the microphone and pranced out onto the stage and began singing "Mamma's Don't Let Your Babies Grow Up To Be Cowboys." Whey's grandpa Waylon shouted out: "Hey hold up there Hoss...wait for me!" Waylon went to pickin' and when the song was finished, the crowd went nuts. It was on that day that Whey fell in love with music and as they say... the rest is history.